This week there’s little to report. All the energy has been focused on the production and completion of the various artworks for the opening of the exhibition.

Hanada San and his team of skilled Japanese carpenters arrived on a Friday morning at 8a.m. Before I was up on the rooftop with the model they were already starting to give volume to the flat pieces of reclaimed timber that had been laying on the floor of the rooftop for a couple of weeks. Between 8a.m. and around 5.30p.m.the table with its 41 modules gained a third dimension. It was no longer a plan, but an object with height as well as width and length. Throughout the day the 1:20 cardboard model I made was carried around following the setting up of the table. All models were up. The following day they return for all stability adjustments, but one could say, they built the Table in a day! Was an incredible experience to see how those tiny pieces of cardboard became real in no time at all. 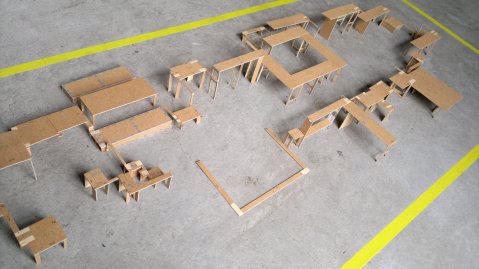 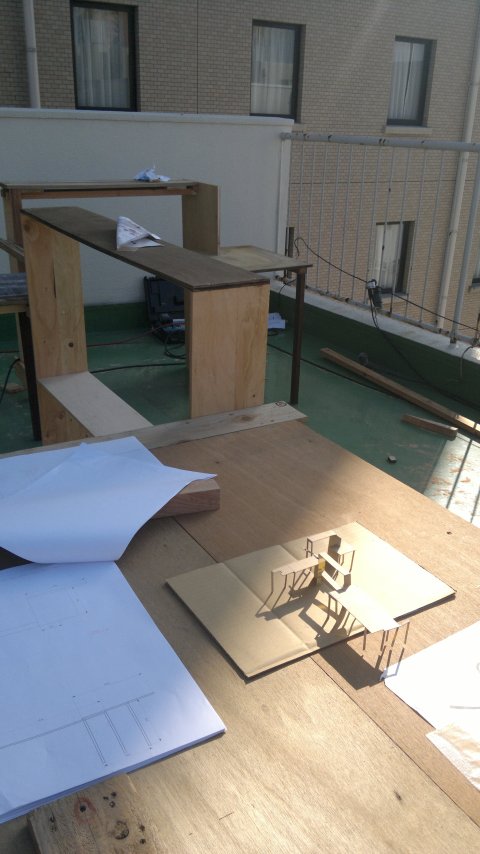 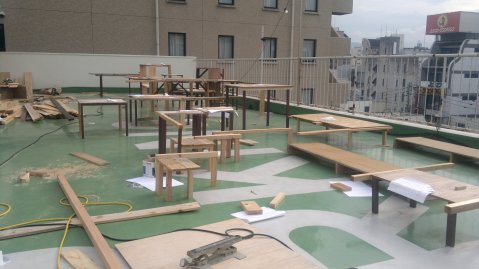 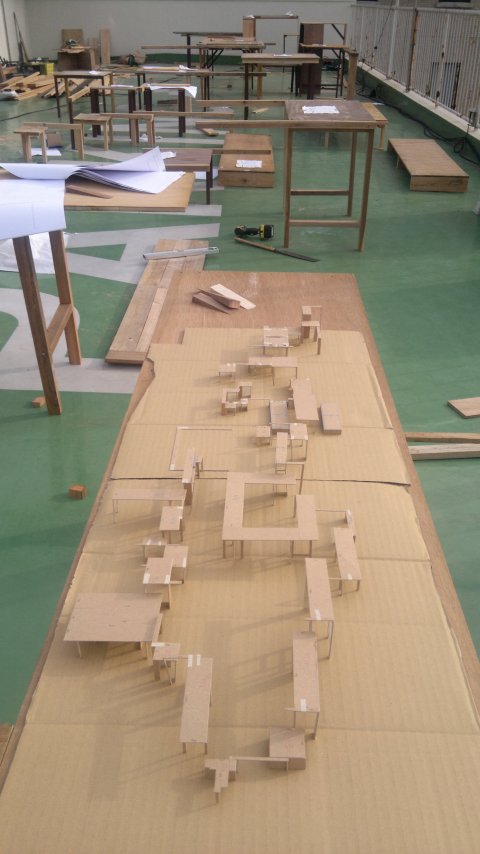 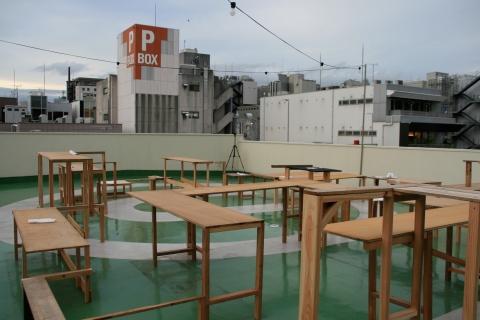 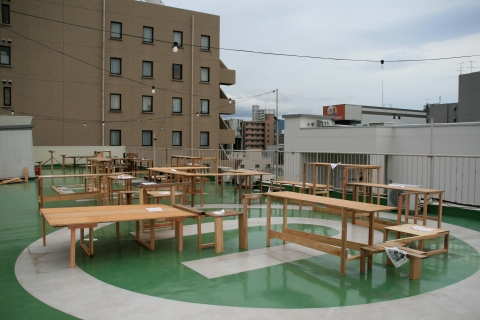 i* As it became real